The United States of America are a grand patchwork of attractions: white and sandy beaches, snow-covered mountains, gorgeous national parks and natural wonders, big cities and bright lights, clashing cultures and many adventures, an eclectic music scene, and of course barbecue ribs. Although there is plenty to see and much to do from the East Coast to the West Coast, there are two essential regions that cannot be missed: the Southwest and Alaska.

The Southwest is located in the southwestern part of the United States. It is bordered by California to the West, Mexico to the South, western Texas to the East, and stretches as far north as Colorado. The Grand Canyon, Arches National Park, Monument Valley, Zion National park…these are only a few examples of the grandiose natural wonders located in the Southwest to be visited. Be amazed at Hoover Dam, built in the 1930s, which has created Lake Mead, visit White Sands, a desert of white sand dunes in the Tularosa Basin in southern New Mexico, or get lost in Death Valley, an isolated national park with the lowest elevation and the highest recorded temperatures in the United States. It is a true paradise for all outdoor lovers; enjoy a hot-air balloon experience, mountain-biking, rafting down the Colorado River, exploring the Side Canyons, go horse-back riding and hiking.

This region is dominated by legendary and captivating landscapes, diverse wildlife, a unique multicultural mix, and has kept its untamed Wild West soul, which makes it a definite must-visit playground.

Alaska for its part lies in the Northwest extremity of North America; the 49th state has rightly earned its nickname as the Last Frontier. It has an impressive natural setting featuring thousands of secluded lakes, an estimated 100’000 glaciers, volcanoes, dense rainforests, big game wildlife and unspoiled coastlines. Denali National Park, home to North America’s tallest mountain, hosts bears, moose, caribou, eagles and more. A true gem in today’s hustle and bustle of the big city life.

Alaskans are always up to something adventurous and seemingly crazy: hiking, surfing, sea kayaking among icebergs, heliskiing, cruising along faces of glaciers and much more. Alaska is home to world class fishing and renowned for its long winters and regions that get dumped on where backcountry opportunities are endless. It you are looking for adventure, Alaska is definitely the place for you.

Spirit of an Adventurer in the Southwest 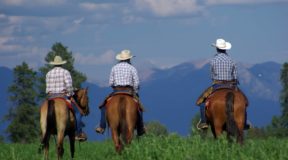 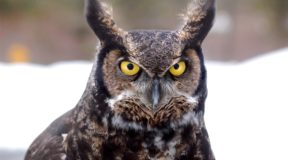 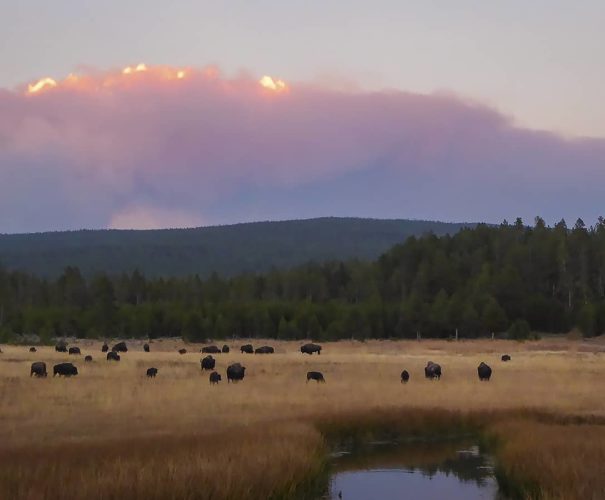 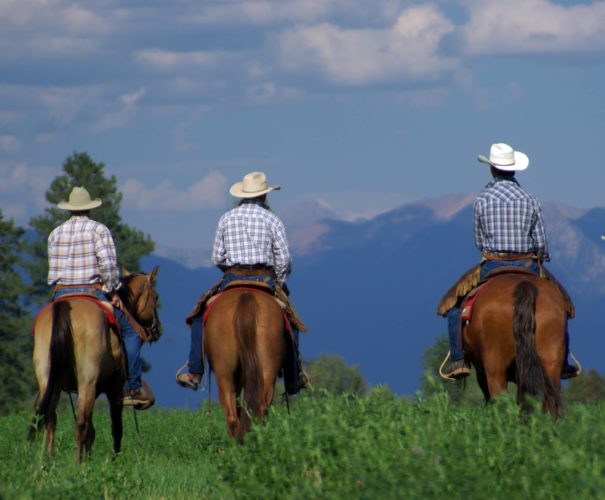 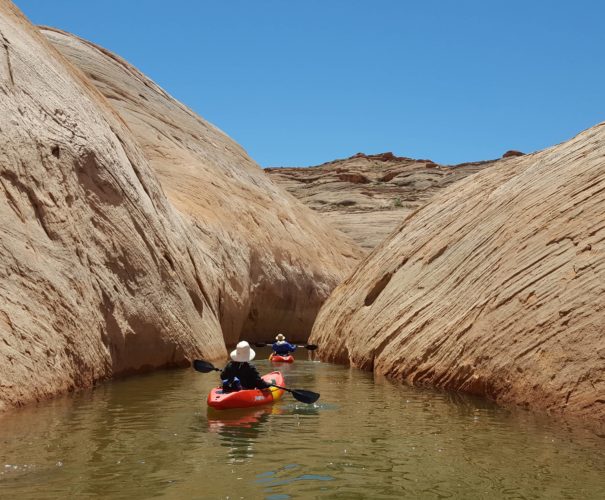 Spirit of an Adventurer in the Southwest
best time to travel :
June to November
duration :
14 days / 13 nights
price :
Upon Request
Type of journey :
Adventure, Family

Arrival in Phoenix (Arizona) in the American Southwest, meet and greet with your guide who will pick you up at the airport for a two-hour drive into Sedona.

Enjoy different activities during the entire day such as hot air ballooning and mountain biking in awe-inspiring Sedona (Arizona).

Go horseback riding on trails in Cottonwood (Arizona) that navigate through many landscapes ranging from riverbed, limestone cliffs and high desert all while following the Verde River and surrounded by impressive trees.

jour 04
A BIRD’S EYE VIEW OF THE SOUTH RIM

Depart for the South Rim of the Grand Canyon. Once arriving at the canyon, go on a hike and take in the magnificent views. Later, fly over the Grand Canyon and land in Utah.

jour 05
DEEP DOWN IN THE NORTH RIM

Head to the Lake Powell dam (Arizona) and float down the Colorado River.
After the rafting, make your way to the North Rim of the Grand Canyon, and take an incredible short hike down to the Colorado River at Lee’s Ferry (Arizona).

Head out into the amazing vastness of Lake Powell. At lunchtime, enjoy a picnic on the shores of a secluded beach and go explore the remote slot canyons. In the evening, take a short hike up onto the mesa to enjoy an amazing sunset before heading back to camp for dinner.

After breakfast, head off to explore deeper into the Lake with an opportunity to hike down in to the canyons. Navigate through Secret Canyon (Arizona) and paddle into the best slot canyon on the Lake. Afterwards, hike across the mesa with stunning views of the surrounding bluffs and rock formations, and end with a visit of the Rainbow Bridge (Utah), the largest natural bridge in the world.

Head northeast through Kanab and into Zion National Park (Utah).

You will enjoy a horseback ride in beautiful Zion National Park (Utah) . This half day trip will take you around the Sand Bench Trail, gradually ascending 500 feet giving you a spectacular view of the Southern end of Zion National Park.

jour 10
CLASSICS OF THE SOUTHWEST

Leave Zion National direction Moab (Utah). On your way, you will make various stops: Bryce Canyon National Park (Utah), where you have the possibility of going on a hike if desired, and Capitol Reef State Park (Utah) where you will have lunch. After lunch, finish the last leg and arrive into Moab.

Today will be a full day of off road adventure with your private guide. You will stop for a nice picnic lunch followed by a short hike.

After breakfast, drive up to Arches National Park (Utah) and spend the day hiking and viewing the spectacular natural bridge formations.

Spend the day on the calm waters of the Colorado River going through beautiful and scenic canyons, as well as fun rapids.

Day at leisure. Check out from your hotel and transfer to the Airport. 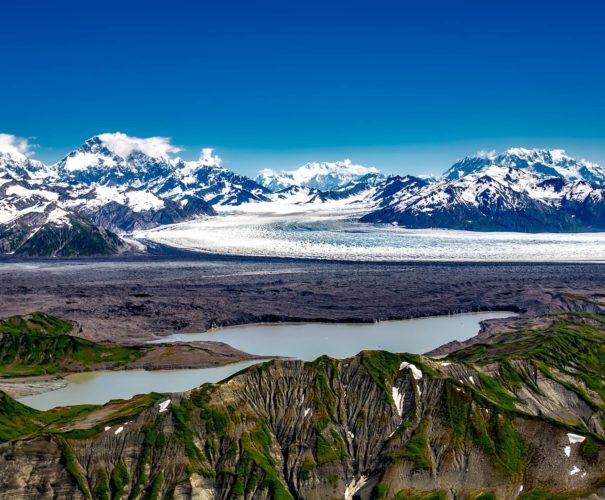 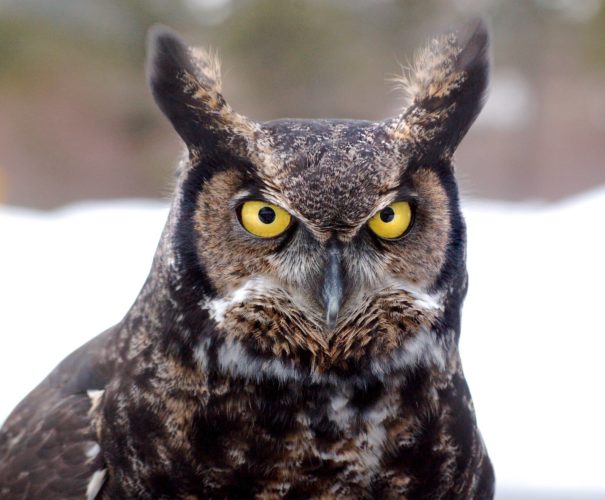 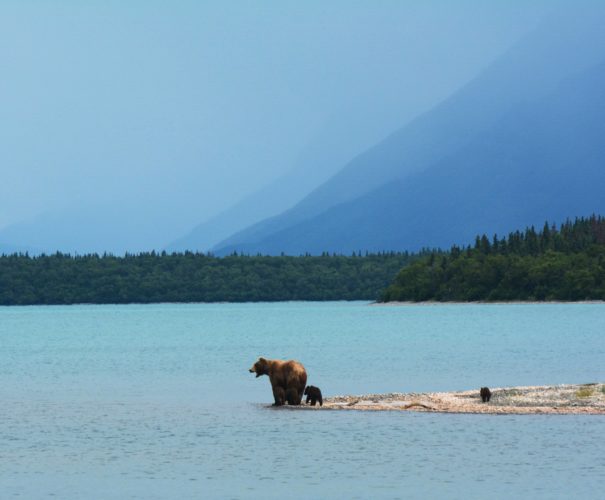 Arrival in Ketchikan, then head to Stephen’s passage and meet with your guide. In the afternoon, you will have the opportunity to launch off in kayaks for an introductory paddle and beach exploration of the Glacial Fjord.

You will be underway very early into Endicott Arm where you can observe the Dawes Glacier, as well as seals and their pups. After lunch, you will launch your kayaks to paddle across the face of Dawes Glacier and down the fjord.

Make your way to Ford’s Terror, an area where you can kayak through a narrow space into an amazing wilderness to explore. You come out on the last of the ebb and have lunch on the beach with a hike to the top of the Mountain.

jour 04
PASSAGES AND CHANNELS OF ALASKA

You will head South back to Stephens Passage and into Frederick Sound, keeping a constant lookout for whales along the route to the Brothers islands. After lunch, explore the coastal rainforest and go fishing.

jour 05
WONDERS OF THE SEA

You will cruise toward Admiralty Island, and will be on the lookout for Humpback whales, Orca, Sea lions and migrating birds. The afternoon will be spent exploring the bays looking for wild animals.

jour 06
WONDERS OF THE SEA

You will spend two days anchored in this region to take in all of the wildlife, activities and fishing.

jour 07
THE CALL OF THE WILD

After breakfast, head to Thomas Bay and Baird Glacier; on your way, you will be able to see Humpback whales and other marine mammals. In the afternoon, you will skiff across to Baird Glacier where you can hike across the massive moraine till that lies at the foot of the glacier.

On this day, you will experience the 22-mile long channel of Wrangell Narrows, navigating though the different hazards and the winding nature.

jour 09
TRAVELING TO THE EASTERN PASSAGE

After breakfast, make your way to the Eastern Passage that passes by Anan Creek. You will be able to enjoy kayaking along these waters, catching sight of the wildlife abound in these waters and islands, and go hiking.

jour 10
LAST DAY ON THE SEA

Today is the last morning on the water where you will have one last opportunity for a morning kayak and hike then get underway for Ketchikan. You will then head to Anchorage.

In the morning, make your way up to your lodge just South of Denali National Park. You will then head to the Western edge of the Alaska Range.

Explore the wilderness that surrounds your lodge and enjoy the many activities: wildlife viewing, fishing, glacier trekking and mountain biking.

Explore the wilderness that surrounds your lodge and enjoy the many activities: wildlife viewing, fishing, glacier trekking and mountain biking.

On the last day, you will head back home. 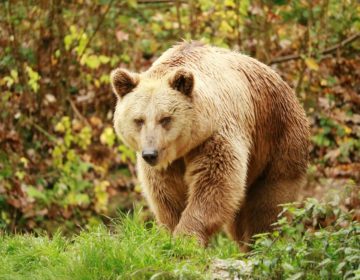 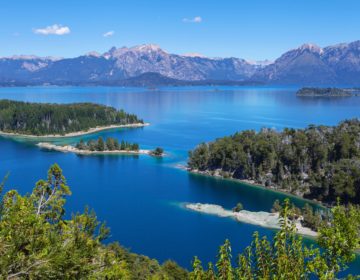